May 20, 2014, after six months of crisis and events that ended with twenty eight dead and hundreds injured, the army enstates martial law and deploys its troops in Bangkok. General Prayuth Chan-ocha took power on the 22nd and arrests Suthep Thaugsuban, the leader of the "Yellow Shirts," Jatuporn Prompan head of the "Red Shirts," and other leaders like former Prime Minister Abhisit Vejjajiva, ally of the ultra-royalists and conservatives. Since the last coup in 2006, the two parties have both held revolutions and have expressed their rights and expectations. This is actually the search of identity and legitimacy of a nation with issues that remain unresolved. Upon taking power, the army claims to play the role of mediator in order to bring the country that has been without a parliament since late 2013 out of the crisis. It fully endorses the legislature and suspension of the constitution. The new plan takes the name National Council for the maintenance of peace and order (PCKK or Peace-Keeping Command Center). The military justified their coup d’etat as a necessity to protect the monarchy, expressing concern about the succession of King Bhumibol Adulyadej, who is 86 years old and has been hospitalized for months. Uncertainty about the state of the sovereign grants the army even more power on the political scene and for many, the country's instability is due to the prospects of royal succession by Prince Vajiralongkorn, deemed close to Thaksin . Suthep Thaugsuban joined religion and became a monk. A year after the coup d’etat, General Prayuth Chan-ocha is still at the head of the junta and governs Thailand under martial law. The army seems to establish new political institutions in order to maintain their role in royal succession. The goal is to return to the state of affairs before 2001, when the government and state were weak, so that the elite of the army, the bureaucracy, and the business community can have the most power. Thus, Thailand gradually sinks into dictatorship and its future will depend on the next king’s involvement in the country's politics. 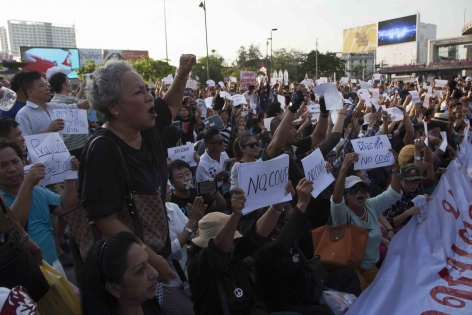 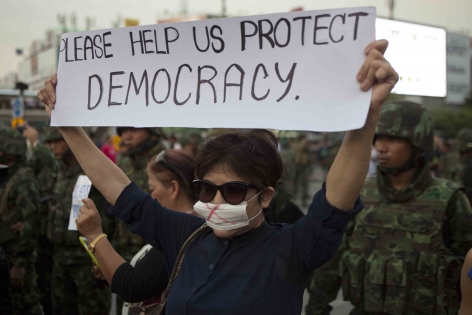 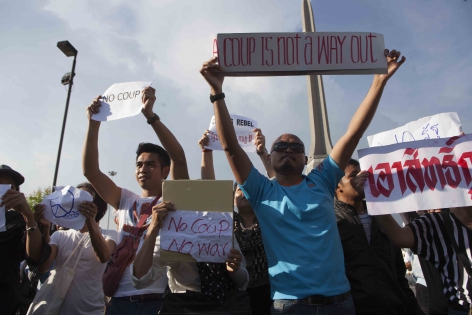 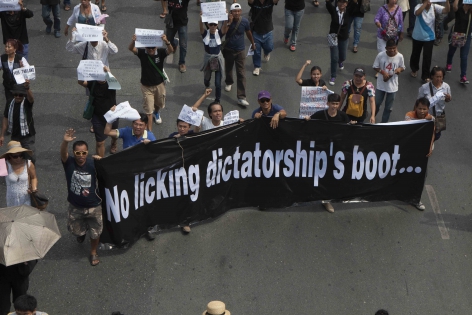 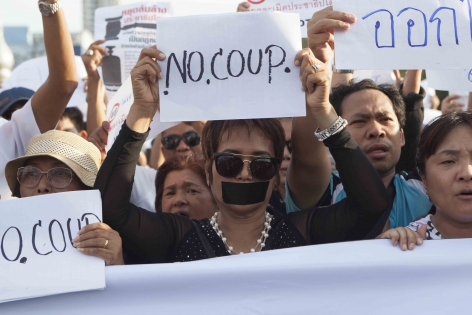 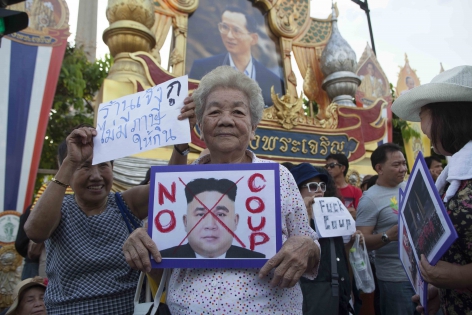 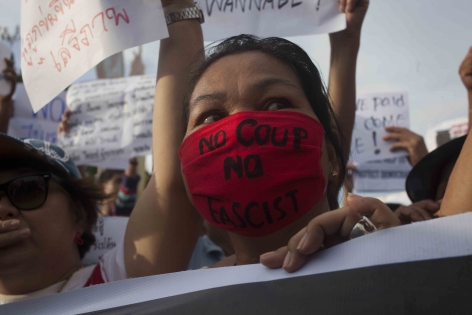 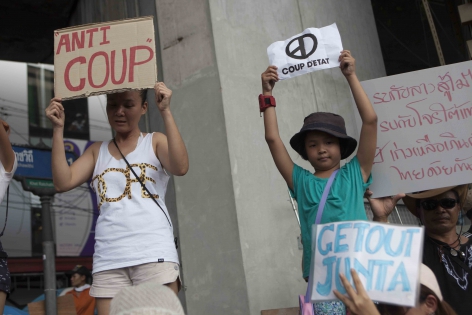 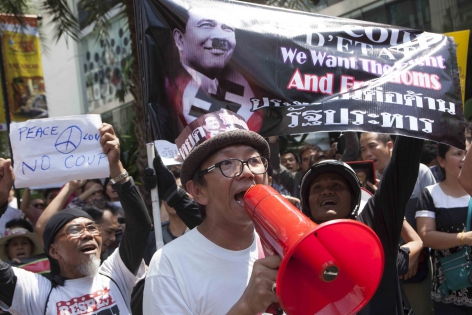 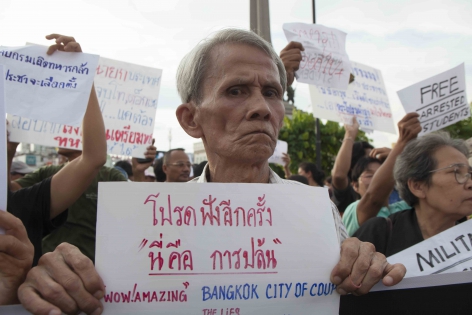 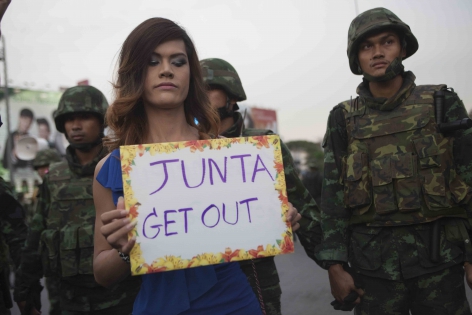 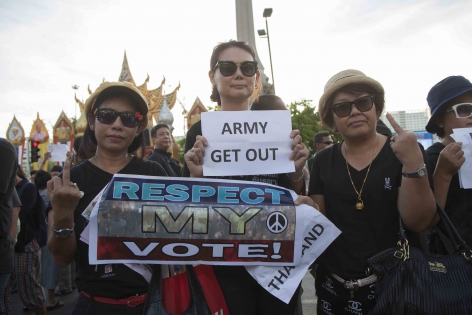 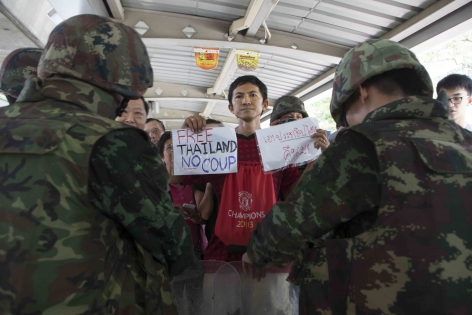 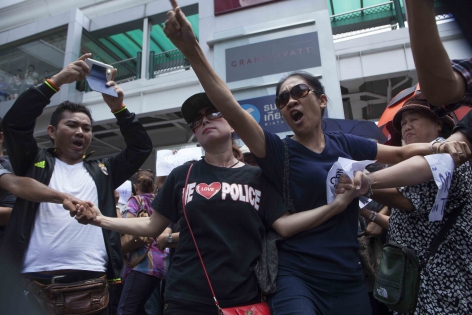 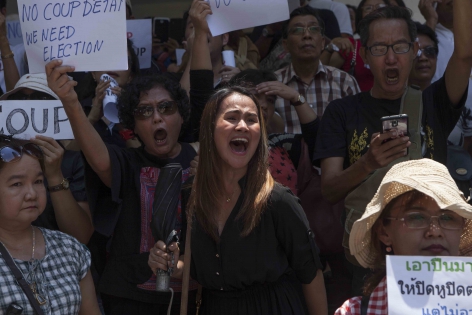 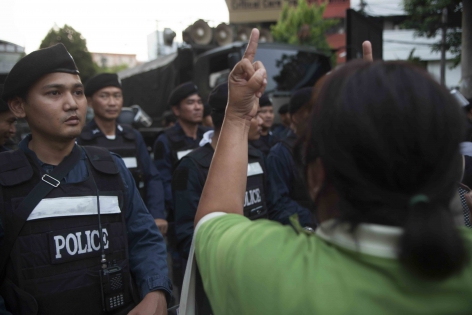 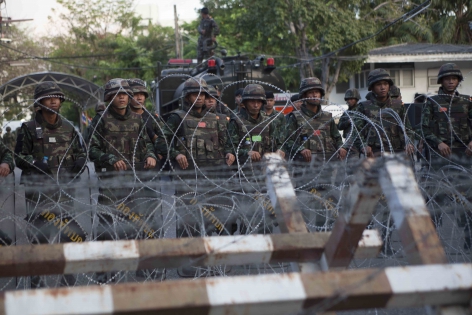 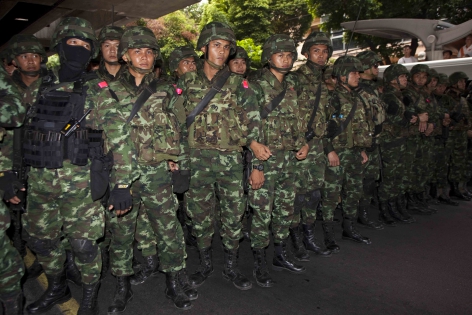 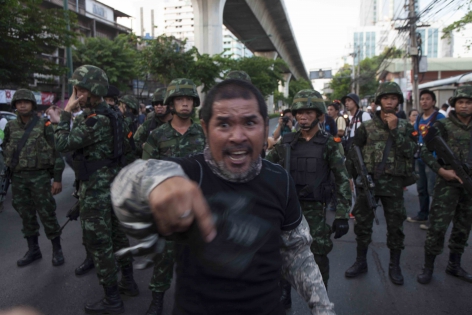 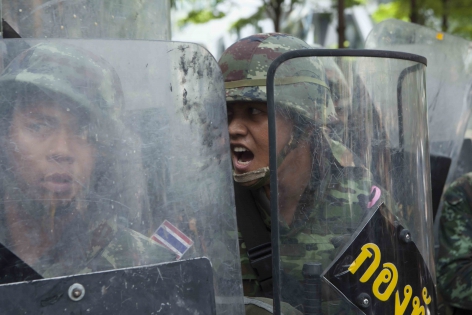 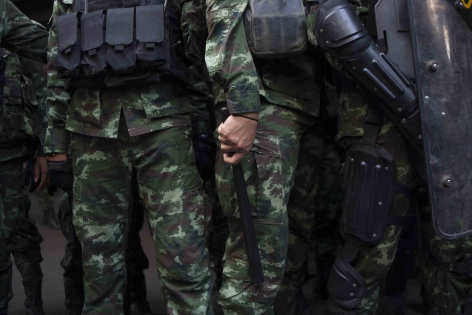 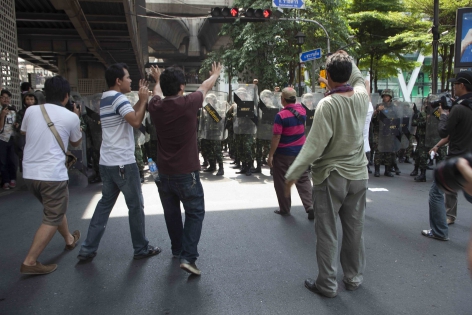 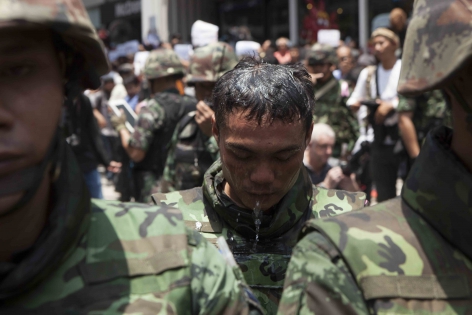 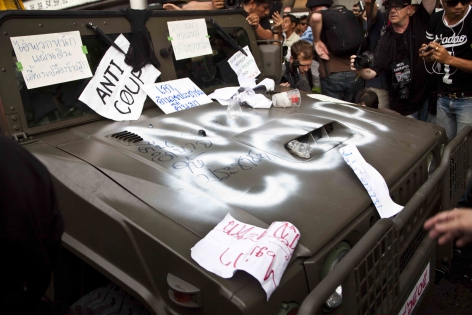 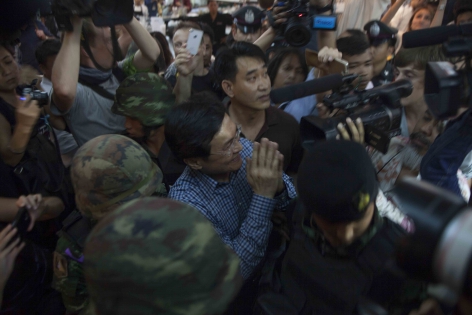 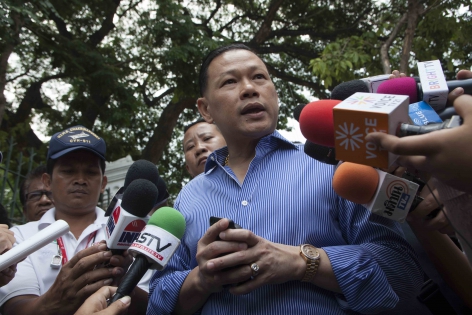 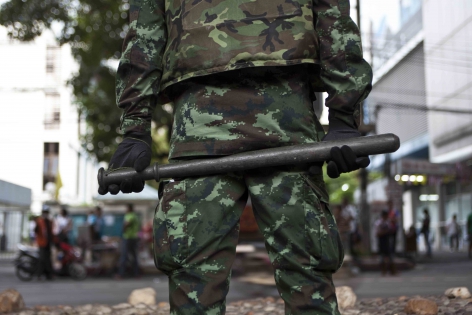 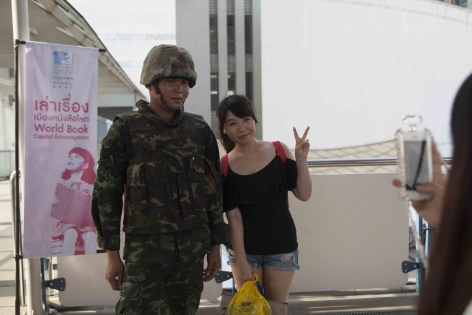 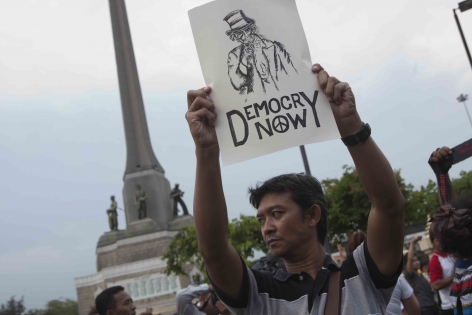